Ethiopia is a large, landlocked nation in the horn of Africa which was once a centre for the early church. Bordered by Eritrea, Djibouti, Somalia, Sudan, South Sudan and Kenya, it contains remnants of some of the oldest civilisations in the world. Despite remaining almost entirely free from colonial invasion, in the twentieth century the nation was torn apart by wars and political upheaval, refugee crises (which continues to the present day) and critical environmental disasters including drought and deforestation. Over 100 million people live in Ethiopia, making it one of the most populous nations in Africa – and the majority of this population live in rural areas, working in primary industries (farming). Of this population, in a trend seen across the African continent, over 60 percent of the nation is under the age of 25. HIV/AIDS affects nearly 1 million Ethiopians. It is a country at risk – and one that desperately needs Jesus to combat the southward push of Islam from the north of Africa.

Mel became African Enterprise Team Leader for Ethiopia in 2003. He spent about 17 years in the Ethiopian Ministry of Planning and Economic Development working as an economist, Team Leader and Head of Department. While working with AE, Mel has pioneered a Student Discipleship Program for upper primary to young adults, entitled ‘Building the Church of Tomorrow, Today’. His passion is to see the expansion of the Kingdom of God on earth through the release of spiritual leaders. Through Mel’s work, there is now a strong Student Discipleship Program throughout the universities in Ethiopia. 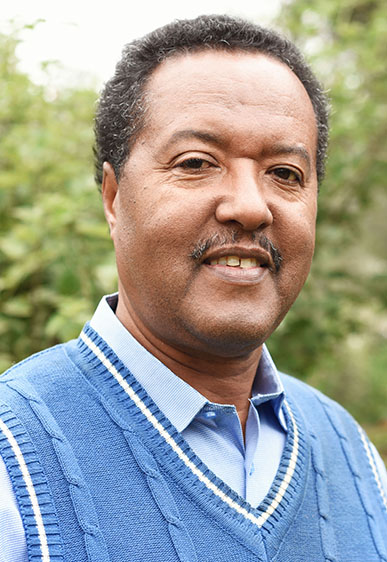 Aside from participation in city-wide missions, the Student Discipleship Program is a critical ministry of the AE Ethiopian team. The program has a broad focus, targeting students from grade 5 until young adulthood. The objectives are:

The beauty of the program is that it can be repeated annually. This consistent sowing of Gospel seeds has led many young people to Christ. Christian youth can be reached yearly with new skills and strategies to learn and implement in their own walks with Jesus. Mel’s desire is to see over 20,000 students reached annually. He also has plans to expand the program into other AE nations, and to move north into South Sudan using the same principles.